As you know (yea, I’m telling you again now), last May I went to Melbourve, Victoria, Australia. It was for a 5 days course from IBM called Customizing Maximo Business Objects. But I won’t telling you ’bout the course, you won’t like it, won’t you? 😆 I’ll tell you ’bout Melbourne itself. Well, at least at this part, I’ll tell you ’bout my preparation to get there 🙂

First thing first was VISA! Yea, to get to Australia, as an Indonesian citizen, we needed to have Entry Visas. Well, since this trip was sponsored by my Company, I didn’t have to go the embassy to deal with that, but some person from my Company did. We were applying for a short Business Trip Visa (that’s what i’ve been told) so this might be different if you wanted to apply for a tourist visa application. What I prepared for visa application were:

Second thing was the Airplane Ticket and the Accommodation! Two part into one ’cause this was also bought by the Company *plakk* I was using Singapore Airlines. It was a connecting flight through Singapore. And we had a reservation in some hotel in the City 🙂 (guess it.. :-P)

Third thing, the wardrobe and shoes! It was autumn season in Melbourne. I have a friend living in Melbourne, and she told me that before my departed time, the city was having some kind of Icy Rain. So I should bring a warm clothes and (better have) boots! I was sooo happy that I got the chance to dress like that 😆 Here in Jakarta, yea we could see some people go to the mall with coat and boots, but since I’m using public transportation to get anywhere, that is really not a proper clothes to wear.. hahaha.. (bahasa indonesianya: sumuk!)

Last thing to prepared was: A SLR Camera! 😆 This was very important! There’s so many beautiful places and spots in Melbourne (that made wanted to cry). I don’t have a SLR Camera, so I borrowed it from my sister. And she is living in Yogyakarta! What a coincidence, my other sister (who lives in Yogyakarta too) was a having a billiard tournament in Jakarta, so she could bring me Fido (my sister’s camera’s name) 😆

So there was me, up and ready to go to Melbourne! 😆

What do you think? Cancel reply 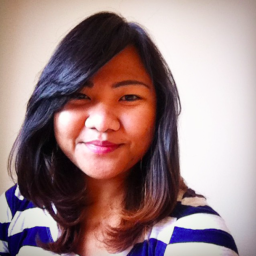 This is Aftri. I'm an Indonesian currently studying in Karlskrona, Sweden. My blog is about my daily life. Thank you for reading!